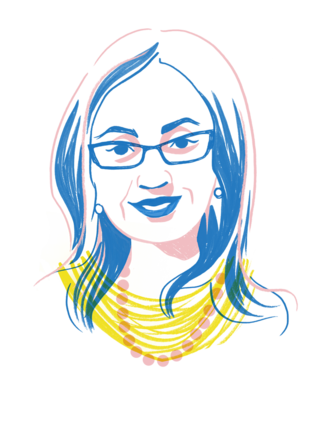 Selling Our Business to Accelerate Growth

Frank and I started our company to reduce dropout rates among computer science students.

As we grew larger, we decided we needed to raise capital or sell in order to maintain a high growth rate.

In 2012, Frank Vahid and I noticed a common problem among computer science students.

Frank was a professor of computer science at UC Riverside and I used to be a professor of electrical and computer engineering at UC Davis. We had met as graduate students at UC Irvine 20 years before we founded zyBooks.

At both schools, dropout rates among computer science students were high. It wasn’t that students weren’t capable, but if you’ve never programmed before, it can be overwhelming. Some students can visualize the concepts and they "get it," many others struggle.

To support in-class instruction for computer science classes, we approached the instructors who teach the introductory programming class at UC Riverside and asked if they would be willing to use interactive learning content instead of a traditional textbook.

When we got a "Sure, we’ll try it," we set off to build a prototype of what today we call a zyBook. It’s a SaaS application that allows students to learn by doing via animations, learning questions and coding exercises.

When the pilot was a success, we applied for some NSF SBIR grants, raised a little bit of funding and started growing our EdTech business: zyBooks.

When we hit $10M in sales, we had a turning point where we thought, "Okay, we need to do something."

The main reason we wanted to act was to keep up our high growth and momentum.

We were in a relatively good financial position. We had no cash flow issues, running the business just above break-even, putting all our capital toward growth. Our team was growing and our revenues had grown from $100K in 2013 to $10m in 2018.

We were still growing at 30% year-over-year, but we didn’t have the resources to serve disciplines other than computer science.

We had a couple paths in front of us. We could raise a Series B and grow the company ourselves, or we could sell the company and get access to the resources of a strategic buyer or private equity firm to grow the business.

The general preference among the board members was to sell, so that’s the path we took.

Once we made the decision to sell, it was clear we needed a banker.

I’d never been through a sale of a business before, so I recognized the benefit of hiring an investment banker.

We had a lot of inquiries that would come in and they would come to me, but we didn’t want to work with just one buyer at a time. We wanted a banker to manage the whole process and hopefully lead to a competitive bidding situation.

Most of our senior leadership also wanted a banker, as well as our board, so we started looking.

I’d been interacting with the bankers at Vista Point Advisors over the years. They made first contact with us at an EdTech conference and then followed up with us once a year or so for a couple years.

When the time came to sell, we included Vista Point in the pool of bankers to choose from.

We spent a few months meeting investment bankers and going through the selection process, and we ended up going with Vista Point.

They were local to the Bay Area like us, which helped. While the physical location doesn’t matter so much, I’d spoken to a few east coast bankers and they didn’t seem to understand our business the way Vista Point did: as a SaaS business.

I felt comfortable with Vista Point. I liked their responsiveness and their acumen, and that they represented sellers exclusively.

After we signed them on, Vista Point stayed highly responsive.

They talked to us about the importance of running an organized process to sell the business.

As a first-time founder, I didn’t really know what it meant to run a process. They walked us through what that would look like, including timelines for the different milestones.

They worked closely with our other team members to gather information and do all the data analysis on the finance and sales side of things.

Part of our preparation was getting the data into a form that buyers would expect.

At the time, we had our own ways of doing retention and churn analysis. When we told Vista Point our retention was 90%, they didn’t take our word for it. They took our data in its raw form and did their own analysis.

Starting from the raw data was good because we could go into the sales process knowing the data had been scrubbed and was accurate. They also broke up the data in ways that would make more sense to buyers.

Going through the process, Vista Point led us along the way and it was a good experience.

Coming into the process, we had some relationships with strategic buyers we had developed over the years, but they were limited. For the most part, when we would approach companies we thought would have prospective synergies with zyBooks, nothing really materialized.

With Vista Point’s help, we got a lot more interest from private equity and strategics.

Vista Point made sure to protect our time with a very efficient process.

Most of our management presentations to buyers were just one-hour calls. We didn’t do many in-person meetings, and when we did, they were never longer than a day and often only half the day.

Meeting with multiple buyers helped create a competitive bidding situation, which is something we couldn’t have done on our own. We just didn’t have the right personalities at our company to create that competitive environment.

From the 20 management presentations we did, we whittled that list down to six or seven buyers that we started negotiations with.

As part of those negotiations, the Vista Point team made sure to position our company in the most appealing way possible: as a SaaS business.

Many of the bankers we spoke to worked predominantly in EdTech and were focused more on the content aspect of our business and undervalued the role of technology. Content businesses tend to receive less favorable valuation multiples because content is harder to scale and brings less value.

We are primarily a tech company, and we had married the tech and the content very closely. Vista Point approached conversations with buyers from a SaaS angle, which was a more accurate representation of what we do.

Positioned as a SaaS business, we were able to achieve a higher valuation multiple.

Before starting the process, Vista Point had given us a range of valuations we could expect, and their range was more bullish than that of any other bank we spoke to, mainly because they expected to position the company as a SaaS business. Our final valuation fell in the range Vista Point had anticipated.

Nearing the end of the process, we had narrowed down to one private equity buyer and one strategic. In the end we successfully sold to the strategic buyer, and were able to get a good valuation and access to the resources we had hoped for to expand the business.