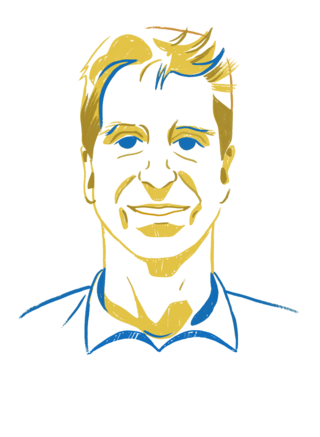 Selling Our Company to Pursue Other Priorities and Passions

The Sale of Capterra

After 15+ years of building and running Capterra, I was ready to double down on my life at home with my growing family.

In 1999, after working for four years at two large companies (Price Waterhouse and JP Morgan) and then taking a two-month sabbatical in Kenya, I moved to the DC area and went to work for an old college friend at Digex, a tech company in the web hosting business gearing up for an IPO.

I had an opportunity to help out on the finance and strategy side of the business. I very much enjoyed the learning that came with the role as well as the excitement of the growth they were experiencing.

One of the projects that I worked on was evaluating an opportunity to launch a new product line that focused on hosting software for our business clients over the Internet. I had prior experience in the business software industry from my Price Waterhouse days, but it was while conducting research for this project that I learned just how competitive the B2B software industry was: there were hundreds of competing software vendors in each major software sector.

That led me to ponder how difficult it must be for folks at small businesses who were in the market for new software and had to pick the right one for their particular situation. I then took a look at many of the vendors’ financial statements and noticed how costly the marketing and sales functions were for software vendors.

These two realizations—how overwhelming the software buying process could be and how expensive it was to bring software products to market—very much led to the idea for creating an online marketplace for the business software industry. I started discussing it with a few potential cofounders, we gave it the name Capterra, and I left my job in October to give it a shot.

The first few years were incredibly difficult as we labored to figure out the best way to help both the software buyers and the software vendors, as well as determine a business model. We raised a seed round of money from friends, family, and former work colleagues—just a few hundred thousand dollars—and burned through that in about 18 months. That is when we landed our first paying customer, a software company that paid us $1,000 for an annual subscription.

The year was 2001 and it was the middle of the dotcom crash. We tried raising some venture capital but investors were not eager to double down their bets on the Internet, especially with young entrepreneurs with no proven track records. I started to pay attention to all the credit card offers arriving in the mail, and went ahead and applied for all of them! We spent the next year flying into credit card debt while continuing to try to figure out how to make the business work.

By early 2002, after much research and deliberation about an advertising model, we decided that it would be highly beneficial to software vendors to try a Pay-Per-Click model where they would only pay us when our users not only saw their listing, but actually clicked on it. We were one of the first sites to launch a PPC model, and this sort of pricing mechanism would help to reduce their risk that they would be paying advertising fees without anyone actually interacting with their ads. That made the sales process easier since it alleviated one of the chief concerns of any advertiser. We landed our second paying customer that spring, more than a year after our first. We could not have been moving any slower out of the gate had we tried!

But something else happened that spring of 2002. A startup search engine by the name of Google started to really gain in popularity. And what made them different from all other search engines was their ranking of websites based on inbound links. The more inbound links you had, and the better they were, the higher the website would rank.

Fortunately, we had been slowly—and accidentally—collecting inbound links from all sorts of tech bloggers and niche websites who really liked our comprehensive lists of software products broken down by sector. That led to Capterra rising in the rankings for software-related search phrases on Google. Of course, that began to drive us a regular stream of software buyers which in turn attracted the software vendors to start recognizing Capterra as a new potential customer acquisition channel.

We landed our 3rd paying customer in July (our 34th month), four more in August, 17 more in September, 21 more in October, and it just snowballed from there. Finally, after three years of lots of struggle, we were finally off to the races. We reached break-even in the middle of our 4th year, and grew our revenue and remained profitable every single year thereafter. Software vendors would track their visitors from Capterra and convert many of them into paying customers. They loved us for it.

In 2008, we increased our efforts at offering great, authentic content for buyers by being the first website to offer business software reviews. It was controversial at the time because we made money from software vendors and it would now be possible for them to have negative content tied to their listings. But we believed that if we focused most of our attention on helping software buyers and doing right by them, that software vendors would stand to benefit by the greater number of buyers. We didn’t always make the right bets, but in this case we certainly did. It was a huge success.

In 2014, we celebrated our 15th anniversary. The Washington Post ran a feature article on us as we were experiencing another surge in growth. Our picture in the paper showed us decked out in costumes as Halloween was our anniversary date. Our growth increased even more in our 16th year as our revenue reached the tens of millions. We had reached the rare company of generating $1 million in revenue per employee. We were growing fast and doing so profitably, completely unreliant upon venture capital.

Despite experiencing two economic downturns, we never had to go through layoffs which is all too common for startups that over-rely on outside capital to fuel their growth. Furthermore, our company culture placed a huge emphasis on the dignity of all of us as individual persons with a life outside of work. No company was worst dressed than we were or kept odder hours than our employees did. We won numerous best-places-to-work awards that celebrated the freedom-loving culture that we had built to focus everyone’s efforts on merely doing great work.

I loved my work and we were thriving. But 15 years is a relatively long time and, due to the success we were having and the likelihood of a future IPO, my workload—including business travel—was only going to get more demanding. Add to that the fact that the two largest competitive threats were Amazon and Google, and they both already had initiatives under way to directly compete with us.

While it would have been fun and rewarding to continue to grow and compete with these Goliaths as an independent company, the opportunity to exit would also come with its own rewards. I had five young children with a 6th on the way. My wife had already left her career as a biologist to be home with the kids, but I recognized that the chance to be able to join her and play an even greater role in their lives while they were still young was extremely enticing.

My work and career are important, but my greatest privilege is as a husband and father. Plus, it would give me the time and flexibility to pursue other passions along the way—such as the nonprofit world—that I rarely found time for when I was balancing work and family. Finally, my cofounders were also reaching a point in their lives where they either wanted or needed to transition to other adventures.

We decided that we would explore selling the company. Over the years we had received some interest from outside firms, but given the fact that I had never sold a business I thought it made sense to hire a banker to lead a process to help us find the ideal buyer and get the best possible deal for shareholders.

We interviewed three different firms and we ended up selecting Vista Point Advisors for three main reasons. First, they reached out to us years in advance and had not only stayed in touch with us, but offered valuable insights along the way. I very much appreciated that. Second, they were extremely knowledgeable and savvy about our industry. They asked the right questions and knew their stuff. They had clearly done their homework. Third, I thought their presentation was hands down the best of the three firms. It was not just their industry knowledge and savviness, but they were professionals and made us feel very comfortable. Despite being bankers, they seemed normal!

It turned out to be a great working relationship. They did all the prep work; we just needed to provide the data they requested, deliver the presentations, and respond to all the questions. Vista Point wanted us focused on the business because they knew that at the end of the day, the faster we were growing, the better we were doing, the more interest we received, the better our final price on the deal would be. While a lot of other entrepreneurs and CEOs spend too much time running a deal, which has a negative impact and slows them down, our case was the opposite. We sped up during the deal.

We had lots of calls with interested buyers, and in the end, Vista Point connected us with Gartner. Founded in 1979, Gartner had a long and stellar history in the industry. They were by far and away the largest and most successful business technology research firm and had thousands of happy and satisfied clients. They had a leadership team that was known for being extremely competent and they were clearly excited about the opportunity to serve the long tail of smaller companies who used Capterra to find the right software.

Here was a multibillion-dollar company where Capterra could find a home, maintain its brand, and continue to grow and fulfill its mission. It would be an 80x return for seed investors. Not bad! Could we have commanded an even larger price if we held out another 3-5 years? Possibly. But a lot can happen in that time, and we were all ready to move on to the next phase. Vista Point helped us pull the trigger and we haven’t looked back.