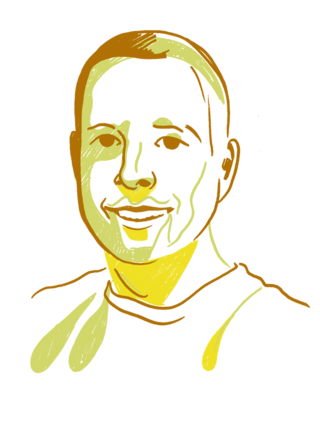 Multiplying My Exit Options and Outcomes Through an Investment Bank

The Sale of SecureLink

By 2017, I’d been running SecureLink for 14 years when a competitor reached out expressing interest in buying the company.

Despite my plan to run the business into perpetuity—and even feeling a little offended this competitor thought we would sell to them—I asked, "How much were you thinking?"

He told me, and everything changed.

From the time I started SecureLink in 2003 as a nearly 100% bootstrapped company, I had received many phone calls—mainly from private equity firms wanting to "open the conversation."

Like all decent founders, I was open to the right opportunity if it presented itself. Despite our plan to remain independent, the security market was hot and getting hotter, which meant both new opportunities and new competitors were emerging. These changes in the market made us more open to an exit.

Up until the call from my competitor, I hadn’t given much thought to what an exit would look like. I began thinking about what it would mean for my employees, for the company, and for me as the largest shareholder (I owned a majority of the company at the time).

Personally, I went through a lot of changing emotions, from wanting to package everything up and sell the whole company for a big check, to wanting to maintain control and just sell off a minority stake.

Not fully sure which type of transaction I was interested in pursuing, I decided to hire an investment bank.

One of the better decisions I made was to hire a professional advisor.

Among the banks I reviewed was Vista Point. Just looking at their home page, my initial reaction was "this bank is for me." Right off the bat, Vista Point identified themselves as a sell-side firm focused specifically on founder-led companies. Compare that to the sites of larger banks, where I had to click through the site just to find the service and industry that applied to me.

I was wary of working with a large bank because of the failed process one of my closest friends had when trying to sell his SaaS company through a big bank. Near the end of the sale, it appeared likely that "his" banker was trading off value in my friend’s deal for the benefit of another transaction on the buy side. That gave me a distinct preference for a firm that only worked “one side of the street.”

Also, on a gut level, I just liked the team at VPA—they seemed smart, knowledgeable and the type of people I'd enjoy working with.

When we began a formal deal process through Vista Point, we had a couple prospective buyers in mind, but didn’t really know the field.

Of the firms that ended up bidding, we only brought one to the table. Vista Point brought an entire bunch that I would likely not have approached on my own.

Beyond just having many buyers at the table, Vista Point knew the reputations of each buyer—how they behaved, did they bid competitively, did they have a reputation for retrading deals, etc.

Domain expertise is gold, especially when selling your business through an exhaustive process. Narrowing the field to the best prospective buyers is one of the most valuable services a banker can bring.

With Vista Point’s help, we avoided a lot of wasted time dealing with buyers that weren’t prepared to bid or that were going to be difficult to deal with during the transaction.

As an example, I had suggested we include a PE firm that I’d met personally. Vista Point agreed, but warned the firm would not be competitive on their bid. As they had anticipated, the firm’s bid ended up coming in at about half the winning bid.

Without an investment bank I think we would have really had a hard time winnowing the field of buyers to those who were willing to pay premiums or reasonable multiples.

In addition to managing buyer relationships, Vista Point helped us crunch the numbers and package our metrics for these buyers.

As a founder, I wasn’t aware of how to package our metrics for a sale. We didn’t get up in the morning thinking about LTV or retention, we got up thinking, "Let’s build great products and take great care of our customers."

Vista Point helped us see things from a buyer’s perspective and position our metrics as such.

One of the key metrics where we were way off base was our LTV to CAC. We naively used as a rule of thumb that we would try to spend a dollar of marketing in exchange for a dollar of recurring revenue.

We hadn't calculated that our customers tended to stick with us and increase their usage, so the first year's revenue was only a small fraction of their lifetime value. I'd be embarrassed to quote our LTV to CAC number, but safe to say we should have been spending at least 10x more on acquiring new customers.

Positioning the numbers for buyers was more than just a matter of adding this number to that number and dividing by a third number. Vista Point opened our books and crunched the numbers.

It took an awful lot of analysis to go through our customer roll and contract histories to be able to present those things in a way that would get buyers excited about the potential of the business. We didn’t have an analyst on staff, we had people that built, sold, and supported software. We couldn’t have done it without Vista Point.

Because of the structured process, when the time came to sell, we had various transaction options to choose from.

Ultimately, I decided the best decision for the company, for the employees, and for me was to sell a majority share to Vista Equity Partners.

Beyond offering a great outcome in terms of valuation, selling a majority share to Vista Equity was the best move for several reasons.

First of all, despite being a 15-year founder hesitant to relinquish control, I was relieved in many ways to team up with someone whose interests were aligned with mine. Vista Equity had a great reputation for execution and taught me a lot about running a software business. And I like to think that together we learned/invented a few things at SecureLink that Vista Equity has been able to incorporate into their other companies.

In addition, selling a majority stake helped me take some chips off the table, and then benefit from rollover equity when Vista Equity sold the company a few years down the road. The "second bite of the apple," as they say, was a great outcome, and I’m looking forward to the third and fourth bites.

Looking back, we certainly could have had a good outcome if we’d pursued a deal with the competitor who reached out. But I can say with 100% certainty that we would have created much less value for shareholders. Pursuing the first offer that came along would have been a very serious mistake.

Overall, I can’t say enough good things about the experience of working with Vista Point.

In a time where you're lucky to have any service provider even bother to respond to you on an inquiry, Vista Point has a "hustle factor" that's in a league of its own. They were always there to answer or return my call, even on a Sunday afternoon.

If your company has the fundamentals in place—things like good customer acquisition costs, LTV ratios, high margins, happy customers, etc.—your company can certainly be bought for a good number. However, that doesn’t mean you can easily sell it yourself for the best outcome.

There is an artwork to selling a business, and you want to make sure you work with an advisor that can present your company in the proper light for the best outcome.