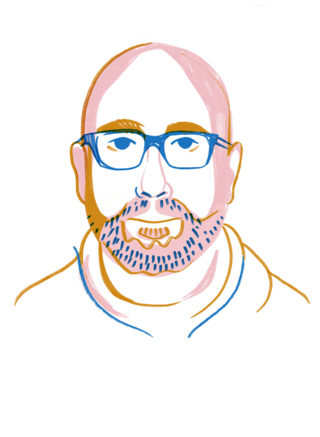 Making the Deal Real by Hiring an Investment Bank

The Sale of Thinkbox Software

Like many founders, I started in the trenches, then formed and grew a business from the ground up.

With the help of Vista Point, I was able to successfully sell that business to Amazon after enduring years of potential buyers who feigned interest, when they had no real intention of following through.

My background is in visual effects (VFX).

I have had the privilege to work on many high-profile films in Hollywood, ranging from Swordfish in 2001 to my last visual effects project on the creative team: James Cameron’s Avatar where I acted as a facility VFX Supervisor.

While working through those projects, our team found the need for several pieces of technology that weren’t at the time commercially available, or that didn’t meet the technical and creative requirements to help us deliver our work. Those gaps in the market eventually led me to start a company called Thinkbox Software.

The founding vision of Thinkbox was to build tools that would enable artists. More specifically: we developed technology to help artists scale and accelerate their rendering and simulation workloads.

Our products soon caught on with a variety of studios both small and large in media and entertainment including customers working on incredible sequences for blockbuster feature films. Our tech later spread to other segments, including professionals in architecture, games, and product design.

Within a few years, we found ourselves in an enviable position:

Long story short, it was a comfortable business, we felt like we were making a difference for our customers, and I wasn’t looking to sell.

Then the calls started rolling in.

It seemed like every few quarters that a couple of players in the entertainment, content creation, or tech industry as a whole would reach out to talk about pursuing a transaction, investment, partnership, or something along those lines.

I played along, not urgent for a deal but curious (and sometimes excited) to find out what these buyers had to offer. Inevitably I would sign an NDA, pull together a presentation, and fly out to do a dog and pony show.

Then nothing would ever really happen, until the following year when it seemed like everyone would show up again to discuss "potential interest."

Initially the lack of movement from these various parties didn’t phase me, since I wasn’t actively looking to sell. But as the process seemed to continually repeat itself—catch a flight, present, wait for nothing, repeat—I started to get frustrated at the amount of time I was spending away from the business and my customers. The whole process seemed a little ridiculous.

It reached peak Groundhog Day when we were attending one industry tradeshow; at this time I had 3 or 4 different corporate dev guys come talk to me and ask about putting together a presentation and I just thought to myself, "I’ve already been through this, several times."

I knew I wasn’t the only CEO experiencing this issue. I would hear from other founders in the same space talk about conversations with the same buyers, always punctuating their statements with excitement until we would meet again at the next event months later with the deals having never coalesced.

At this point, I realized that many of these M&A folks were not actively pursuing deals, just kicking tires. It felt like a waste of everyone’s time.

I was in this frame of mind when a colleague of mine introduced me to one of the senior bankers at Vista Point Advisors. Vista Point had helped my colleague sell his entertainment software business and he said they could likely do the same for me.

I ended up sitting down for lunch with them, where I talked through some of my frustrations.

I was sick of the weird dance where I was spending time talking to people who weren’t really committed to following through, instead of focusing on the business.

The banker from Vista Point echoed my observations and said that if you let buyers take the helm and drive the process, many will take you for a ride as they evaluate hundreds of deals.

He offered a solution, talking about how running an organized sales process on a strict timeline can get the ball rolling until a deal reaches a close.

Our conversation felt good, so I said, "Let’s do it."

To get started, Vista Point gave me a term sheet that was clean and simple and didn’t make me feel like we had a one-sided relationship. I had my lawyer look over it and he said it was straightforward and fair.

Because I had been sharing data with "potential buyers" for some time, I didn’t have to do a lot of work pulling numbers together. Vista Point took all the numbers and details and put a deck together that I later used to present to potential buyers.

Once we were ready to take the business to market, together we made a list of potential interested parties, rather than just talk to the people who had been mulling around kicking tires.

Then they set a date for the sale. And that lit a fire under buyers.

With previous buyers, I had never set a specific date that I would sell the business by. Setting a date and formalizing the process had a number of positive effects.

First of all, it gave me a chance to see which buyers were serious and weed out the buyers who weren’t actually interested. I was surprised, as some of the buyers I thought were serious didn’t even put in an offer. These were the same buyers who called me every 6 months and had me fly down to their office to pitch for two hours.

A second result of setting a definite date to sell was that we created some urgency around the business by calling buyers to action.

Selling a business is a lot like a retail sale. If you know a sale is going to end soon, you have an incentive to accelerate your decision. When buyers realize your business isn’t going to be available anymore, your business becomes more attractive. That was the effect of setting a clear deadline for the sale.

As buyers made their offers, Vista Point played the tough guy.

Working as an intermediary between the founder and the buyer, bankers are in the perfect position to play the tough guy role.

As a founder, you don’t want to get on bad terms with your buyers, because when all is said and done and the business is sold, at least 90% of the time founders have to go work with the buyer. You don’t want to get in a situation where you’re frustrated with each other—and the process of closing a deal can get very frustrating.

At the same time, you don’t want to bow down and let the buyer have their way—you as a founder want a good outcome from the deal. You especially want to be able to communicate the value of the business going forward, which can be a tricky subject to broach: you don’t want to be known as difficult to work with before you even start!

Having an advisor in your corner who can stand between you and the buyer, that can represent you while also being a brick wall, makes it possible to have those tough conversations without having to burn bridges.

Even with a banker on your side, running a deal is hard. Selling the business is a lot of work for founders, as they will be involved in presenting to buyers and gathering information throughout the process.

At the end of the day, as a founder you have a business to run. If you’re spending too much time running a sale, you’re not keeping the business on track. I believe the focus should be on your customer, not on chasing strategic long-shots.

An investment banker can help lift the burden so you can focus on your company.

Working with Vista Point, the process was fast, clean, and laser-focused on getting an outcome I was happy with.

After several years of entertaining deals with various buyers and nothing happening, Vista Point was able to create a process that trimmed out weak buyers, created urgency, and brought the best buyers together—including Amazon, who we ultimately closed the deal with.