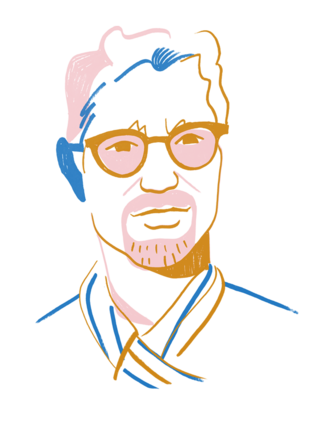 Running a Competitive Process Through an Investment Bank

The Sale of 360training

With plenty of inbound interest, we could have worked directly with an investor or buyer to sell our business.

We decided to work with an investment bank to run a competitive process and yield a better outcome.

I’ve been a commercial real estate investor since my college days, but right around ‘98-99, as the internet took flight and was disrupting business models, I saw that moment as a new and exciting opportunity.

After considering ways to participate in the internet boom, the idea I landed on was delivering training online, which wasn’t being done at the time.

Since most of my commercial properties were focused on food retail and restaurants, I learned that food retailers and restaurateurs were required to complete compliance certification training. Hence, I decided to build training around those two focus areas, creating certification training to comply with industry regulation. For real estate investors, that meant real estate licensing & continuing education, and for food retailers, that meant food and alcohol safety training.

I attacked those two markets and saw great results, so with time I expanded into other vertical markets, developing training materials for each.

Along with our success came interest from investors and buyers. I started getting phone calls, about five or six each week. The interest was welcome, because we planned to exit around the late 2000’s.

Every company should have an exit plan. Unfortunately, our exit was delayed by 5 years due to the 2008/2009 recession, which put us off our valuation target.

In time we decided the time was again near to put the business on the market. We were drawing close to the number we were hoping to hit in terms of valuation. We were also in a good financial position, since the company was bootstrapped and had no debt or financing.

In addition, as a CEO, I felt like my leadership quotient had grown the company as far as I could take it. 350 employees and $36M was probably the most my leadership style could handle, and I felt my strengths lay in ideation and scaling a business up to $40M or less, which isn’t just my sweet spot, but also more fun for me.

Beyond that, several other stockholders wanted a taste of success and were interested in an exit.

So we decided to sell. We had two options for approaching the sale: run it ourselves or hire an investment banker.

With investors and buyers reaching out 4-5 times per week to buy the company or do an equity raise, I could have sold directly to one of them. Ultimately, however, I opted to hire an investment bank.

My thought process was that a professionally trained banker would be able to get us a higher valuation and manage the process much better than we could have.

Because they sell businesses day in and day out, I expected a banker to do better than me when selling a business.

Of course, you need to be judicious about the banker you choose. We started off hiring a banker who ended up doing a poor job, so we cancelled the agreement.

Vista Point fit the bill, so we decided to go with them.

When the time came to interact with buyers, Vista Point guided us on the appropriate way to do so. They advised us on what to say and what not to say, how much information to give, and so forth. Their expertise was helpful because these negotiations are like games of chess, and Vista Point was good at playing the game and at tutoring us on how to play.

Vista Point also filled the role of bad cop when someone had to deliver bad news so that we didn’t have to taint any relationships. When they had to hold people’s feet to the fire, they did.

I am sure most founder CEOs like me that don’t have former exit experience face obstacles in a process like this. I faced my own share. Most of the obstacles were related to corporate governance since we had two international entities. Getting local regulatory approvals was a major obstacle, but was a necessary step in preparing for the exit.

Vista did a great job running an organized, competitive process and brought in good results.

Part of running that competitive process was building a buyer list. The buyers who had reached out to us ended up constituting about 30% of the buyers on our list. Vista Point brought the other 70% and we ended up having 35-40 interested parties participating in the process.

From there we narrowed down the pool and received LOIs from roughly 7 interested buyers.

Working together with Vista Point, we defined criteria for the ideal buyer and determined which buyers and LOIs fit that profile.

For example, I didn’t want to run the company, I wanted to sell a majority stake in the company, and I wanted the transaction to be mostly cash. On their end, Vista Point advised us which buyers were serious, who could afford to close, and which were most likely to help us meet our most important criteria.

Vista Point’s process made sure that buyers provided a fair market value and I was happy with the outcome. We ended up transacting a majority deal with an investor we’ve been happy with since.