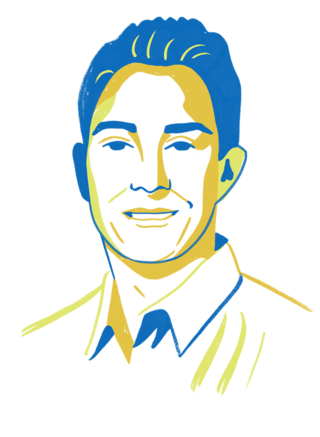 The Sale of Service Autopilot

Every private equity guy I talked to said I didn’t need to hire an investment bank.

But hiring an investment bank to run a structured sales process was one of the best choices we could have made.

There was a move away from desktop software to online software, and we knew there was a chance to capitalize on that trend.

In addition to a background in technology, I had experience owning an outdoor services company. We decided we wanted to focus our software on field service companies, starting with lawn care and landscaping—the green industry.

We were in the early days and were one of the first SaaS providers in the green industry.

We moved fast and were financially conservative which allowed us to avoid outside investors, debt, and lines of credit—we just went through the pain of having no money and building with cash flow.

We became the leading company in the space we serve. When one of our biggest competitors sold their business, that got us thinking.

Valuations were extraordinarily strong, and we thought, "Do we capitalize on how strong the market is now, or do we try to grow a couple more years with the risk that the market drops?"

Another consideration was that other entrepreneurs had caught on that our market was good, so we were starting to compete against a bunch of companies that were extremely well funded.

Having bootstrapped, we didn’t have a financial backer who could pump a lot of money into sales and marketing. Even if we had the best product, our competitors could outspend us on sales/marketing and we might not be able to hold our position.

We also thought, "As our company gets bigger, how do we protect this thing? What if something unexpected happens?"

In light of all these concerns, we wanted to be prepared.

Our solution was one we had previously avoided: bringing on a partner to help us protect what we’d built.

For years I had no intention of bringing on a partner. I had heard many horror stories about life after closing a deal and wasn’t interested.

But I decided to do my homework. I met with 30-40 private equity firms and at the end of 2018 I had a mindset shift. I concluded there were some really good potential partners out there that I would be very happy working with.

I now had peace of mind about bringing on a partner and I thought, "Let’s do this."

We determined there was no way we were going to bring on a partner without getting an investment bank to help.

Hiring an investment bank felt like a no brainer—whatever the fee we would pay the bank, they could get us at least that much more money in the deal. Worst case scenario, they essentially ran our transaction for free.

By the time I finished up meeting with a large slew of private equity firms, I had already begun conversations with Vista Point.

We left our first meeting with Vista Point feeling like these were process-oriented guys. To us, they didn’t just feel like sales guys, though we did feel like they could sell our business and go to bat for us when needed.

What set Vista Point apart from other banks was that Vista Point seemed to be very methodical about how they would run the sales process.

For each question we asked about the process, Vista Point had a measured response to give us a sense of how the process could play out. Of course, no deal is certain from the beginning, but they drew from their experience to tell us how they would engage with buyers and to explain how they expected buyers to respond.

Vista Point ended up doing everything they said they would, and the deal played out very closely to what they had anticipated.

The general process would be like this, they explained:

We would pitch our business to a bucket of interested parties and get those parties excited.

From that group, some number would raise their hand and want to participate. (We ended up having 27 companies make offers.)

From there, we would funnel down the pool to the most promising parties, around 7 or 8 (exactly what happened).

We would then reduce that pool to the few buyers that were really competing and have them escalate their commitment by starting due diligence—before entering exclusivity.

Staying out of exclusivity as long as possible would help us keep the competition alive so we could better negotiate valuation and contract terms. Plus, if any one buyer backed out, we would have other options. (Our company ended up having 3 parties competing against each other, all doing diligence outside of exclusivity.)

When we had settled on a buyer and were ready for exclusivity, Vista Point explained, we would be highly confident the deal was going to close because the buyer had already put in a lot of work and resources.

Ideally we would have a relatively short exclusivity period with our chosen buyer. (Our exclusivity ended up being only 3 weeks long.)

And that was it.

In the end, the process as a whole mirrored very closely what Vista Point had described from the beginning.

That process is what made all the difference in getting a great outcome.

An investment bank might suggest they will be able to get buyers to pay you more money, but if they don’t have a process, it won’t happen. Telling buyers, "Come on, let’s pony up another $10M bucks," isn’t very convincing.

The way you get that extra $10M is to run a very efficient process that makes buyers compete against each other and feel like they’re going to lose out.

This competition could be the difference in getting the contract terms, earnout or employment agreement you want.

I wouldn’t want to work with a banker today that tomorrow works for the same group that was trying to do a deal with me.

There’s too much of a conflict there, and Vista Point doesn’t have that conflict.

Everything about the way Vista Point ran the process was good for me as a founder, which is why most buyers don’t want you to go through an investment bank.

The vast majority of private equity people I talked to said I didn’t really need a bank. They said, "The markets are very efficient, so you’ll get a fair valuation."

Of course there’s only so much a buyer will pay, but I’m certain everyone we worked with offered more because we went through a bank.

Not to mention, the process brought more competition to the table and I met a number of interesting private equity companies because of the process that I wouldn’t have otherwise.

Part of the process was keeping buyers out of exclusivity as long as possible. Buyers want you to go exclusive with them. They don’t like to do diligence in advance because that diligence is expensive, and what if they lose the deal?

Because the process doesn’t favor them, you’ll have buyers trying to circumvent the process—get to a fast close and get everybody out of the process so they have an advantage. They may even threaten to walk away if you don’t take their deal.

When this happened in our deal, Vista Point pushed back in the nicest way possible to keep people in the process.

When someone needed to be the bad guy and have hard conversations, Vista Point took that on so I didn’t have to.

I was intent on having a great relationship with my new partner. Vista Point had the difficult conversations on my behalf, thus minimizing the risk of hard feelings post deal.

By the time we’d arrived at the end of our process, we felt highly confident we were going to close. We had one potential buyer, a company called Clearent, who had invested so much in us and done so much diligence that we weren’t worried about anything hidden or scary coming up during exclusivity. On our end, we felt like Clearent would be a fantastic partner for several reasons.

For one, Clearent was a strategic partner with a private equity backer (Advent International), giving us the best of both worlds. As a top payments company, Clearent offered new opportunities for the payments focus of our SaaS business.

In addition, Clearent was in a financially solid position and only invested in financially secure companies. As a result, their post-deal playbook didn’t involve loading up their acquisitions with new debt and undue risk, which we had avoided all throughout the company’s history.

A final point in their favor was that we liked the people at Clearent and felt we could trust them. Scott Morris, the SVP of Corporate Development at Clearent, was a straight shooter. He was forthright about the post-deal experience and assured us they wouldn’t play any games with us—such as retrading at the time of close or anything else post deal that would have us regretting our decision. He kept his word before and after close.

We ended up closing a majority deal with Clearent, who we have been very happy with since. Vista Point was the right advisor to help us find our ideal partner and close a successful deal.