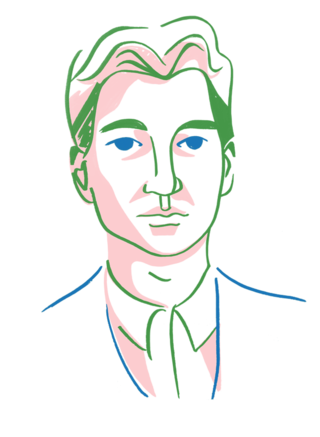 The Sale of On-Site

When growth slowed in our $50M/year real estate software company, we started evaluating our options for the future.

We ended up selling the company at a valuation typical of a growing SaaS company, even though almost 90% of our revenue didn’t come from subscriptions.

It all started in the year 2000. The dot-com bubble was in the middle of bursting, and a couple college friends and I went to California to spend the summer there with my family.

My father had been running a business in Silicon Valley since the late 60’s in one of the sleepiest industries you can imagine: real estate.

I’d grown up doing work on his apartment buildings and seen firsthand how much the industry relied on old tech like fax machines, typewriters and carbon paper to do its paperwork. My father still relied on backward-looking reports faxed to him to manage his properties.

Together, my friends and I asked, "Could we use the internet to help these properties better manage their paperwork? Could we link the data of properties online and create a real-time dashboard for my dad to manage his business?"

So we gave it a shot.

After creating a prototype and vetting the idea, we went back to school and hired an engineer to turn the prototype into a company. We called it On-Site.

The name was based on the job in the apartment biz of an on-site manager, a jack-of-all-trades who could really benefit from technology. Over time, we slowly turned various offline processes (marketing vacancies, applying for an apartment, credit and background checks, filling out leases, taking payments) into online ones. Any time a property processed an application, we’d collect a fee.

Because our revenue was transactional, we focused on the major cities where apartment turnover was high. We grew revenue at a rate where we didn’t need to take on investment aside from some seed money from Dad.

Business was good. After more than a decade, we hit our yearly goals at $4-5M growth/year, but that increase became a smaller percentage of revenue each year. Optically, that lower growth rate didn’t look as good for us.

We couldn’t run the same playbook because we’d grown too big to use internal funds to grow at 25%. We had to pick a new path.

One path would be to take on additional funding through private equity. With this option, we could raise $40M to accelerate the business, all while taking some money off the table so we felt more comfortable swinging for the fences with our new partners.

This route seemed like a viable option since a lot of growth equity firms were reaching out—we’d hit a size that was in their sweet spot for investing.

To help us explore our options, we hired our first investment banker, which didn’t play out as we had anticipated.

That banker planned a half-baked sales process. The process would only include a few key buyers, with the idea that it would be less distracting that way.

It actually turned out to be extremely distracting. The banker helped us understand the process and negotiated a great offer. But because we were just exploring options and weren’t ready to let go, we didn’t close.

Having worked in real estate for so long, my father always sung the praises of having an expert broker to negotiate for you. If nothing else, that person could say things to the buyer that you couldn’t say for yourself.

An added benefit to hiring an expert is having someone to organize the process while you’re still running the business. Running a sales process isn’t something we knew how to do, so we wanted to bring in a professional.

After shopping around, the investment bank we landed on was Vista Point.

We noticed that Vista Point had done a lot of work with businesses in online marketing and consumer data, which was a direction we were exploring for selling our business. We anticipated companies and investors in that industry would give us a high valuation.

When we talked to Vista Point, their perspective on positioning the company brought something different compared to other bankers we’d spoken to. They wanted to position us like a SaaS company.

In software, the dream is to be a software-as-a-service company. The best valuations go to SaaS companies because that model means highly predictable, recurring revenue.

Strictly speaking, we were not a SaaS company. Our core business was based on transactions—when people moved apartments, we made money.

However, despite being transactional, our revenue was highly predictable since people tend to move seasonally. With Vista Point’s help, we were able to show the seasonality of the rental market.

We did, however, face one hurdle in positioning our business this way: at the time renters had stopped moving as often because rental prices were at an all-time high. This slowdown in apartment turnover flew in the face of our story of predictable financial revenue.

Though investors/buyers might have viewed this exception as a weakness, Vista Point was able to convince them that we shouldn’t be punished with lower valuations for an anomalous economic blip. If anything, we should be rewarded since that blip represented built-in but yet unexpressed revenue for when the economy normalized.

Another challenge in positioning our revenue was creating a cohesive financial story that incorporated the revenue of the companies we’d acquired.

Looking at our business as a whole, the finances were a bit of a mess because we’d kept the bookkeeping separate for companies we’d acquired. Vista Point helped us pull that all together to create a coherent, audited, digestible story of our finances so that buyers would take that revenue into account for valuations.

During the whole process, Vista Point was very hands-on.

Because we hadn’t announced internally to our company that we were looking to do a transaction, it was important that we had a team in Vista Point that extended our bench and knew our business and the numbers as well as we did.

One of the senior bankers on the Vista Point team, a man flying all over the world, with who knows how many things going on, was always available. When I called, he picked up right where we’d left off, as if he were 100% focused on us day and night.

Beyond just knowing our business well, Vista Point understood the buyer landscape in ways we couldn’t have.

In one instance, we had a potential buyer—a big player in the real estate tech space—that I was really excited about working with. But the first time I talked to them, it was like they’d never heard of the apartment business.

I finished the call thinking it went very badly. The whole premise of our business should have been totally interesting to this company, and yet they seemed disinterested and even confused about what we did.

Right after, I got a call from the senior banker at Vista Point and he told me that calls with that buyer always go that way. He said not to worry, and that it didn’t reflect anything on my company, which was reassuring.

We would have had no way of knowing that information except by experience, so it’s little things like that where an experienced banker counts.

Vista Point was adamant about keeping the process organized and competitive until the end.

When companies were submitting their indications of interest, Vista Point was very disciplined about how those IOIs would look. It wasn’t just "What will you pay for the business?" but also “How will you get the money? What will the structure and timing look like? Why are you even doing this deal?” so we had a better picture of what the final deal would look like.

We ended up having three good offers to choose from, and we went with our favorite. But then something happened that made us glad we’d kept the process competitive.

We were six weeks into exclusivity with the buyer and things started to slow down. Even though the deal was 99% ready, we had three remaining issues, so we extended exclusivity.

During that extension, there wasn’t any progress on those issues, and our senior banker at Vista Point said, "I have a bad feeling that they’re going to try to reprice the deal."

As exclusivity burned off, our banker called up another one of our finalist bidders.

"There’s a small window here," he said, “if you act very quickly. I know you wanted 90 days for diligence but you have 90 hours.”

The buyer was in our office the next day. We were able to solve those three issues with this new buyer and we had a deal by the end of that week.

Because of the competitive process, we had a backup buyer we could turn to. And that backup buyer was able to push the deal quickly past the finish line.

With Vista Point orchestrating the sales process the way they did, we were able to close on a successful deal after 17 years of running the business.