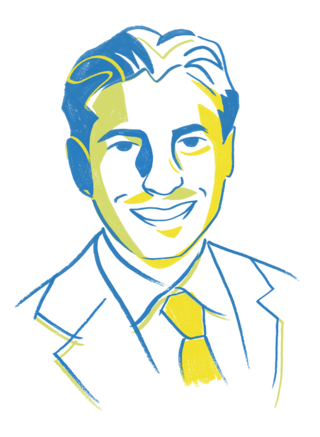 The Sale of SurePrep

I was curious to know how private equity firms would value my company.

After talking with several firms on my own, I realized that to maximize my value I needed an investment bank to run a competitive process.

My background is as a CPA.

When I got out of college, I started at Coopers & Lybrand, one of the Big Six accounting firms at the time. I left in 1997 to start and then sell my first company.

After selling my first company in 2001 (a company that provided paperless audit software), I decided to start another company, this time for paperless tax. That company was SurePrep.

I started SurePrep with friends and family funding. There were years that went by where the company essentially operated at breakeven because everything we made, we invested back into the business for growth.

In the year we reached $16M in revenue, we hit an inflection point where we were able to start turning a nice profit. In the next year, we made a $10M jump in revenue. Half of that increase fell to the bottom line.

When we realized we had reached scale and profitability, we started entertaining the idea of engaging with private equity investors.

Private equity firms had been knocking on my door for a while. They’d been sending emails saying, "Hey, do you need any funding? Do you want to talk?"

Because we could fund our own growth and didn’t need outside capital, I never replied to the emails.

But at one point I had a friend who wanted to raise money through private equity. His company was smaller than SurePrep and not profitable, but in one conversation he told me that he had received an $81M valuation from one private equity firm.

My response to that was, "I don’t believe it." But he wasn’t kidding and he sent me the offer letter to prove it.

For me, that triggered questions of what our company was worth, and I wanted to learn more.

We started meeting with private equity firms on our own.

Near the end of 2018, I accepted some meetings with a few firms and gave them some high level data like our financial statements.

I mainly wanted to see what the firms thought we were worth. No one came back with anything interesting.

We weren’t going to get the results we wanted on our own. We decided to hire an investment bank and go through a process.

Not too long afterward, I got a call from one of the bankers at Vista Point Advisors. They said they were going to be in our area, so they came and we asked them a lot of questions about the private equity market.

We asked them questions about valuations, how to run the process of working with private equity investors, pitfalls to watch out for, etc. We learned a lot from that first meeting, and decided to start interviewing investment banks (including Vista Point) to choose from.

There were three banks we were serious about: Vista Point, the company running my friend’s $81M transaction, and one more.

My friend’s transaction had yet to close, but at the time we were thinking, "These guys are geniuses, they got an $81M valuation," so we were seriously considering them.

My friend had been in exclusivity with his buyer for some time, and everything was set. The instructions to wire money were ready and everything.

Then, the night before the deal was scheduled to close, the private equity firm backed out.

Obviously my friend was devastated, and we were shocked—none of us had anticipated that a deal could blow up like that.

In a later meeting with Vista Point, we said, "Let’s talk about some private equity firms." We’d mention a firm and ask, “Do you like this firm?” or “What about them?”

Then, without bringing up my friend’s story, we mentioned the name of the firm that broke their deal with my friend.

One of the bankers at Vista Point responded, "Well, we like them because they can overpay for assets, but you have to be careful because of closing risk with them."

And we said, "What do you mean by closing risk? Tell us about that."

"Well, what this firm tends to do is throw out a really high offer so that you go into exclusivity quickly and then they have you all to themselves. If you’re perfect and there’s no warts, they’ll close at that price. But if they find anything they don’t like, you’ll have a broken deal."

We learned that this is a relatively common practice in the industry—a private equity firm will approach a company, make a large offer and say, "We can close in two weeks, we just want exclusivity." Exclusivity doesn’t seem bad because, hey, it’s two weeks, if it doesn’t work out, you’re back on the market. But two weeks come, and then there’s a week extension, and then that week ends, and there’s another extension.

The whole time, the private equity firm is uncovering warts and the risk of a broken deal increases.

So we responded to Vista Point, "Well how do you protect yourself against closing risk?" and they said, “You don’t go into exclusivity for as long as possible, and you keep everyone going forward with you as long as you can.”

Seeing that Vista Point was not just aware that broken deals happen, but that they knew specifically which firms could present problems for founders and how to mitigate those risks, that was impressive to us.

We signed them on.

We ran a very robust process, meaning we ran a competitive process. We had a lot of potential investors and buyers in the process, and that helped keep terms and valuations competitive.

Looking back now, I can say there would be no real way to do that robust of a process without an investment banker.

Putting all the material together would have taken too much time on our own and we would never have been able to manage so many buyers in the process.

On our own, we might have been able to handle one, maybe two buyers, but then we would have missed out on the competition that pushed bids higher.

Even if we had the time, we didn’t have the expertise.

Vista Point prepared all the materials using terms that private equity firms look for and understand. I’d never formally worked with a private equity firm before, so I didn’t know what those terms were. They went through all our data and put it together in a compelling form that would mean something to private equity investors.

As a founder, I still had to put in a lot of work, mainly because I had to meet with a lot of people. I did a lot of presentations that Vista Point prepared me for.

But I didn’t have to put in much time outside of the meetings themselves. Vista Point did all the analysis, prepared all the materials, and showed me how to present.

After presenting to several investors and then whittling down our list to the top investors, Vista Point helped me manage those relationships.

We kept several investors engaged, and Vista Point helped me evaluate the offers of each to determine where we could play hard to get, when we should respond to each, and other things like that. They were good coaches.

Something they explained to me was the importance of having a very detailed letter of intent from each buyer before entering exclusivity.

A lot of times a letter of intent from a private equity firm will be very vague. It’ll say something like, "We want to invest this much at this valuation and we just want to do some diligence to figure out X, Y, and Z. Give us exclusivity."

If you sign an LOI like that, you’re at a bit of a disadvantage because now you’re in exclusivity and you can’t negotiate with other people to improve terms.

With Vista Point’s help, our LOIs ended up more like detailed term sheets.

We were focused on a minority investment, selling less than 50% of the company to a private equity firm.

In our LOI, we negotiated out a full page outlining how we would calculate that price and approach the redemption process.

We were able to negotiate out most of our terms in the letter of intent. Because we hadn’t entered exclusivity, we could actively negotiate with other private equity firms and use that leverage.

By the time we signed the LOI, we had done a lot of the heavy lifting and really reduced the risk that the deal would break apart.

Vista Point was mature and experienced enough not to rush into exclusivity when someone threw out a high number. They knew not to sign a quick term sheet because in the end those things don't necessarily lead to faster deals—or deals at all.

In the end, the offers we received in the competitive process run by Vista Point were at substantially higher valuations than when we dealt with a smaller number of private equity firms individually.

By putting investors through a formal process, we were not only able to get a much higher valuation, but we also found a great partner.