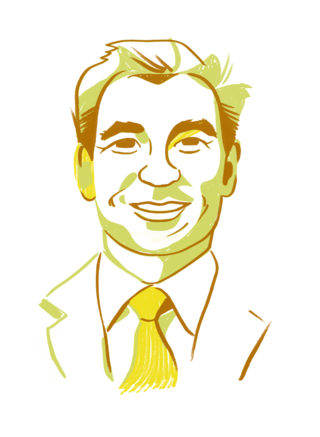 Choosing an Investment Bank Instead of Running My Own Transaction

The Sale of LawLogix

As a Stanford professor with a background in M&A law and finance, I considered running the sale of my business on my own without an investment bank.

But the strategies Vista Point brought to the table made hiring an investment bank one of the best choices I could have made.

My company, LawLogix, grew out of early frustrations I had as a lawyer.

In the early years of my legal profession, I quickly realized that being a lawyer meant 3% high-end legal work and 97% attentive, detail-oriented paralegal work.

Despite the high requirement for detailed work, I felt like the process was disorganized. Why was I having to ask the same people for their date of birth over and over again?

I kept saying to myself, "I wish there were a better way to organize this stuff."

I ended up leaving the practice of law and coming to the Bay area to do a turnaround for a company in the peak of the bubble. During that time, I was introduced to a future co-founder, Brian Taylor.

Brian was working with a lawyer who was a colleague of mine, to whom Brian once asked, "How come you keep asking me for my date of birth? It hasn’t changed since the last time."

My colleague heard the echo from my own observations, and decided to introduce me to Brian.

When Brian and I sat down together and talked, we determined we could improve the way lawyers interacted with clients, with each other, with government agencies, and so forth.

As a result of that first conversation, we ended up founding LawLogix.

After stumbling into a few good markets through smarts and luck, LawLogix had a major growth spurt in 2006-2007. That’s when buyers started reaching out.

One particularly large company approached us to buy us and wanted to put us through diligence. We weren’t looking to sell, but when a large company wants to pay a big multiple on your business, you don’t say, "Sorry, not interested."

With the opportunity to run a transaction, my co-founder and I considered running the transaction ourselves instead of hiring an investment bank.

At the time, I was teaching at Stanford in the law school. I taught on topics like finance, risk theory, and decision-making theory. I’d mapped out many M&A deals, doing both the finance and legal aspects of those deals. I had also interacted with investment banks for years.

If any founder was going to manage the sale of a business on their own, I was arguably well qualified to do so. Ultimately, I decided against it.

In the end, I came back to one of the fundamental insights of decision-making theory that I often taught in my classes: that successful, smart, and to a certain extent, wealthy people are increasingly likely to be overconfident about their capacity to succeed. Successful entrepreneurs are especially vulnerable to overconfidence.

Together, Brian and I decided, "Okay, we may feel like we could run this deal on our own, but this is not the time to find out." We started shopping around for investment banks.

A lot of my colleagues questioned our decision. They’d say, "Dan, it’s not a billion dollar deal. You can do this on your own and you know the likely buyers —why hand over the 3-4% to an investment bank?"

My response: "I don’t want to assume I can do a good job on something I’ve only read about in books."

We ended up selecting an investment bank, and one of the members of the team was a banker who would later be a senior member at Vista Point Advisors.

That banker directed us through the process, but in the summer of 2008 the economy started falling to pieces and the terms of our deal started getting worse.

At that point, the banker approached me and said the opposite of what you would expect an investment banker to tell you: "You shouldn’t sell."

Not sell? What?! We’d been working through the process for six months already. His recommendation went against the conventional wisdom: when the economy is falling apart and a giant company wants to buy you, you sell.

But when the banker walked us through his logic—that our forecasts looked good, that we were on a growth trajectory, and that in the current market climate we weren’t likely to get a premium on our company—we decided he was right.

We didn’t close the deal. Within three years, we were exceeding our forecasts.

The business had arrived at a place where we decided it was good timing to go through a process. By that time, Vista Point Advisors had been formed, and they were our first choice to run the process.

During the course of these two transactions, Vista Point stood out from other investment banks in their approach to selling SaaS businesses.

In investment banking, if you don’t specialize in sell-side SaaS companies, you just don’t know what you’re doing.

Unfortunately, the banks who are no good at selling SaaS companies also don’t know they’re no good, which creates terrible dissonance between the seller and the buyer. Vista Point’s specialization in advising sell-side SaaS business made them the best candidate.

The single most powerful tool Vista Point has in their arsenal is their emphasis on non-exclusivity.

Going into my first transaction, I thought broad bargaining experience was the secret sauce to getting a good outcome. Turns out it’s not—it’s non-exclusivity.

Vista Point has this remarkable ability to run deals as close to the end as possible without going into exclusivity with any one buyer. As a result, they’re able to get buyers to play off each other and improve the terms of the contract.

Vista Point’s methodology runs against what many investment banks believe: that going exclusive early is a good strategy because if you’re exclusive you can:

The exact opposite is true—exclusivity increases the risk a deal won’t close and can be the difference of $10-20M for a founder.

In the dynamic of a non-exclusive negotiation, buyers compete against each other up until the end of the process. By the end, these buyers are highly invested in the outcome and are not so much concerned about the absolute value of acquisition, but rather closing the deal relative to a competing buyer.

A good banker can capitalize on the competition further by understanding the relationships between buyers. If one buyer has lost out to another buyer multiple times in previous deals, that first buyer doesn’t want to lose another deal, and the banker can play that to their client’s advantage.

The bankers at Vista Point understand this concept, so they run a different strategy that promotes competition between buyers outside of exclusivity—creating great outcomes for sellers.

Despite the benefit a competitive strategy offers to founders, many investment banks are afraid to employ it because they’re working both the sell-side and buy-side and are afraid to offend future clients.

When we interviewed investment banks in the hiring process, I would ask the bankers about non-exclusivity. They’d usually dodge the topic. When they did address it, they’d tell me, "Well, I can’t play that game because I have to switch sides later and I don’t want to irritate the guy giving me my next paycheck."

Vista Point’s policy of working only sell-side and only for founders removes this conflict for them.

Running a process in non-exclusivity takes panache, and the Vista Point team is good about being tough when they need to and professional and polite the rest of the time.

LawLogix was a quality company, but we were hardly a burning star in the sky. Still, Vista Point ran a process that got us a great outcome by keeping various viable buyers at the table until the very end.

Having options gave us the confidence to ask for the contract terms we most cared about because it wasn’t always about money.

Vista Point arrived at these strategies in the only way you can: raw experience. For us, that experience led to a great outcome.