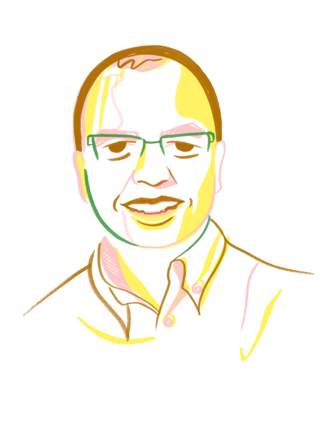 Finding a Serious Buyer and Reaching the Finish Line

The Sale of a2z

We weren’t really looking to sell our business. But then a private equity company approached and we started talking.

Right when the finish line was in reach, things didn’t go as planned.

The company, called a2z, provided an online solution for managing large-scale events like exhibitions and conferences.

We worked hard to bootstrap the company, and were fortunate to have a lot of people help us—employees, contractors, consultants, and even clients.

From 2002-2008, growth was good. Our targeted growth rate was around 40% until the downturn hit, at which point we lowered our growth rate to 25% so we could keep a bit more cash on hand to handle any unexpected situations.

Business was going well. Then we were approached by our first private equity firm.

At the time we weren’t exactly looking to sell the business. But when we considered the picture the private equity firm painted for us, we saw a lot of potential for growth using the added capital.

We were also interested in taking some chips off the table, as we’d spent years bootstrapping the business, putting all our personal wealth into the company. Raising capital or coordinating a merger would let us get some wealth back out of the business.

We spent several months preparing the deal with the private equity firm. They needed financials, customer data, and lots of in-person meetings, but all signs pointed to close.

The day before we were supposed to close, the deal fell through.

As you can imagine, we were frustrated. We felt like the finish line was just within reach, then it melted away before our eyes, in spite of all the effort we’d put in to get there.

My wife and I did some soul-searching to determine what to do next.

As we talked, we kept coming back to that picture the original private equity firm had painted for us. That picture was of an even more lucrative business, both in terms of business growth and personal wealth.

On top of that, we felt the market was pretty overheated at the time and anything could burst the bubble. We didn’t want to take any chances on losing all our personal wealth if the company went down.

A fair valuation was important to us, but a major goal for us was to make it all the way to the finish line after running a good race.

We didn’t want another deal to fall through. We decided to hire an investment bank.

With all our goals in mind, we decided to go through the whole process again, but this time we would have an investment banker on our side to oversee a formal process.

We talked to a number of investment bankers, among which was Vista Point, who we decided to go with.

The other executives and I liked Vista Point for several reasons.

One, they exclusively represented sellers, which was very attractive to us.

Also, they focused on tech companies and especially SaaS companies. Other investment banks we were talking to focused on the events industry or knew that industry very well, but didn’t understand the tech side of our business.

Vista Point understood our business better than the others because of their focus on SaaS.

On top of that, we felt we could work well with Vista Point’s team members, so we signed them on.

The hand-holding from an investment banker made all the difference.

Though we’d worked with buyers before, we were grateful to have Vista Point guide us on the best way to engage with them.

Putting your company out there in front of buyers is a vulnerable process, and having someone who has been there before supporting you is encouraging.

One way Vista Point guided us was by making sure we had all the right pieces of information prepared. I worked closely with Vista Point to gather the information we anticipated buyers would ask for later on.

The preparation we made beforehand helped us move the deal along quickly.

When buyers started asking for different documents during the diligence phase, we already had most of the documents they needed all gathered together in a virtual data vault. As a result, we were able to go through the process much faster.

We moved faster and were able to stay focused on the business during the course of the transaction.

When the time came to go to market, we felt we had a pretty good list of buyers, but Vista Point helped us cast a wider net. They were able to bring more private equity buyers to the table, as well as strategic buyers.

The buyer we ended up doing business with had been a partner for some time, but we had not included them on our original list. Vista Point helped identify them as a potential buyer.

To promote our business, Vista Point assisted in creating an appealing teaser. They also built out a deck our management team could use to present to buyers.

We ended up doing around 20 management presentations.

Then the fun part began. We started getting LOIs.

Some of those LOIs were very attractive, with valuations significantly higher than the one we received from the original private equity buyer. So that we could evaluate them against each other, Vista Point compiled them in a way that was easy to digest. Then they coached us through the pros and cons of each LOI.

Their advice went beyond just which valuations or contract terms were favorable. A primary focus of their analysis was identifying which buyers were most likely to close.

The last thing we wanted was a repeat of our broken deal. We needed a way to identify which buyers were serious.

Thankfully, something Vista Point brought to the table was the ability to detect which buyers were serious about closing.

Vista Point evaluated several factors, including the buyer’s financial ability to close and how engaged they had been in the process. They looked at buyers and asked, "Are they asking a lot of questions? Are they reviewing the documents in the data vault?"

The more engaged buyers were in these areas, the more we could be confident they wouldn’t find something unexpected in diligence and break the deal.

With several factors indicating how serious buyers were, we were able to narrow down to the best buyers.

After getting near the end of the process, we were planning on going with one buyer, when all of a sudden a different player wanted to talk more.

They flew down to our office and met with our team, and even though we had pretty much told them we were going with someone else, the chemistry felt really good.

We changed our decision and went with this new buyer: Personify Corp.

With the help of Vista Point, we reached the finish line and closed a deal.