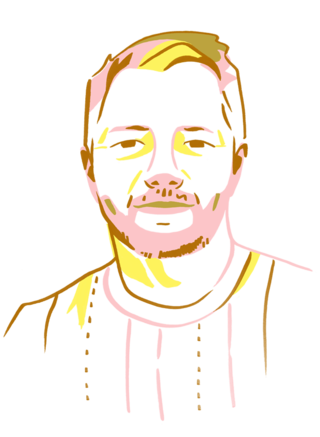 The Sale of NINJIO

After entertaining a couple offers from strategic buyers, I decided to do things right and hire an investment bank.

Selling my business through a bank took a huge load off my shoulders, while also dramatically improving my outcome.

I started my first company, a managed services provider called Cal Net, at 21 years of age.

While I was running Cal Net, many of our clients often mentioned security breaches they’d experienced as a result of employees clicking on things they shouldn’t. Those comments sparked an idea to at some point start another company focused on security training.

After owning and running Cal Net for 18 years, I sold the company in 2013 to a private equity group.

Following a short hiatus, I revisited the security awareness training idea. Starting with a blank canvas, I decided I should approach training in the form of engaging, Hollywood-style videos of real-life security breaches.

After refining and vetting the idea with a focus group, we launched a training company called NINJIO on January 1, 2016 to seven clients.

Considering that our company was bootstrapped—we didn’t borrow a penny to get started—the bigger we got, the harder it was to maintain that rocketship growth with the same playbook.

While I could have gone out and hired a bunch of salespeople to take the company to the next level, I’d always considered myself a builder, not a scaler.

I decided the company would probably be better off in the hands of a partner.

At the time, we had several strategic buyers interested in buying the company and I began to entertain offers. We turned down the first offer, which ended up being less than half of what we eventually sold the business for. When the second deal fell apart, I realized I was silly to entertain individual offers instead of selling this company the same way I had my first: through an investment bank.

I decided I wanted to approach the sale of NINJIO the right way, with multiple bidders in on the deal. I began seeking out recommendations for investment banks, among which was Vista Point Advisors

What set Vista Point apart from other banks was that their process focused on building competition with minimal exclusivity. This strategy of non-exclusive competition made a ton of sense to me, so I ended up selecting them to represent us.

Compared to my first deal, Vista Point did a lot more upfront preparation before taking the company to market.

In the Cal Net deal, the banker put together a book to market the business, but when it came to the diligence requests, my controller and I had to field a lot of those requests.

Vista Point, by comparison, did most of their diligence preparations up front and their team was brilliant about converting raw data into really sophisticated analyses that would answer many of buyers’ questions.

Because of their preparations, Vista Point was able to field 90% of diligence requests. That took a large load off my shoulders.

From the time I engaged Vista Point in February 2021 to when we closed in July, Vista Point’s team mapped out the entire process, including how long each step would take. I attribute the speed of the transaction to their brilliant process.

We ended up doing 18 management presentations, but the whole process honestly took me less time, effort, and energy than my Cal Net deal, which was a third the size.

If you’re a founder preparing for an exit, make sure you don’t get sucked into a deal with any one buyer. Compared to what I was offered by an individual strategic buyer, I was able to double my outcome working with Vista Point. Based on both of my experiences of selling a company through an investment bank, I can say that hiring a bank is worth every penny.